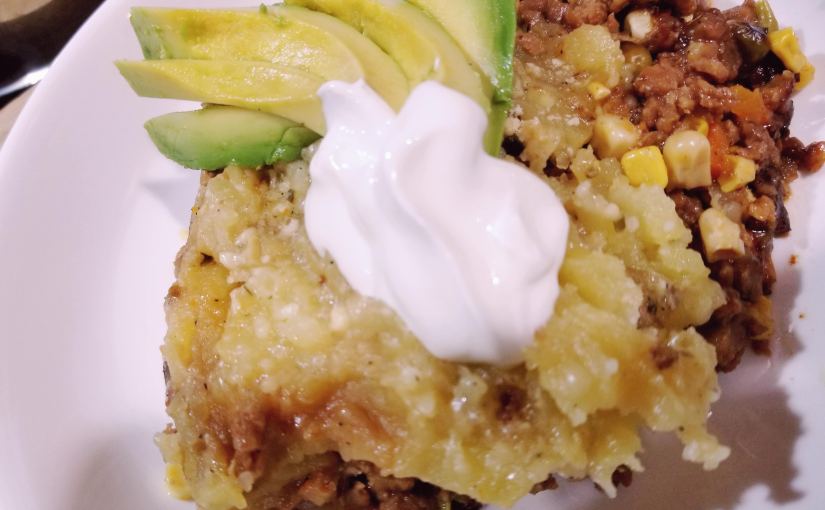 The way I made this a couple days ago is seriously the new way to cook one of these pies. In this case, I used a vegetarian ground beef. Because of this, I was able to eliminate pre-cooking the meat and I cooked everything in one step in my InstaPot pressure cooker. However, given the many talents of the pressure cooker, I imagine you could get away without pre-cooking real ground meat, too. (I just haven’t tried it. If you do try it, make sure the pressure cooker is set to cook long enough to fully cook the ground meat.) 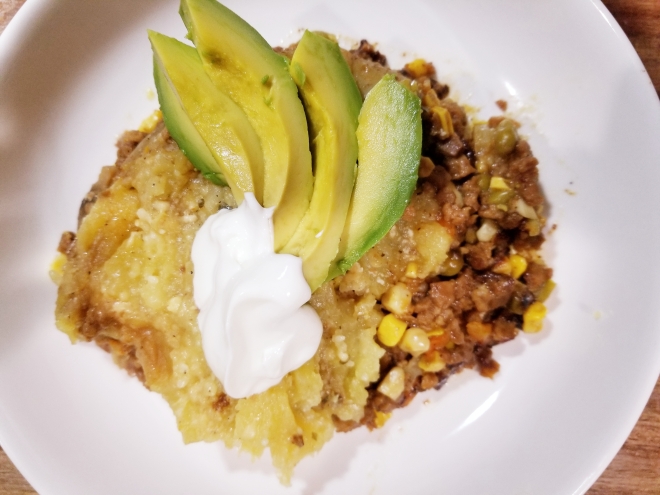 Here are the ingredients I used for the “meat” mixture:

I stirred all the “meat” mixture ingredients (except the water) together in the InstaPot. I decided to add a tiny bit of salt and pepper. The vegetarian beef I got seemed to already be seasoned, so I didn’t want to be too heavy handed. I sprinkled the water over the top. The water was to add some moisture to the pressure cooker while everything cooked. I patted the mixture down at the bottom to compact it a bit. I left it relatively flat on top, but made a little divot in the center. I’ll tell you why in a moment. 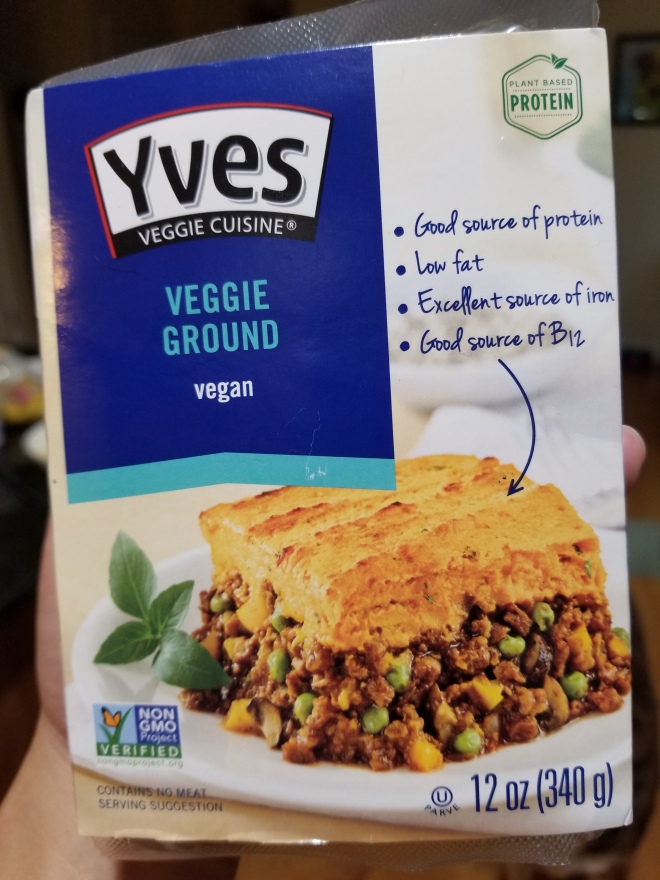 Next, I got a piece of tin foil and made it into a semi-bowl. I placed this in that divot. This was so the sides of the bowl would stay somewhat in tact during cooking and not allow any of the liquid for the mashed potatoes drip out the sides. In the tin foil bowl, I added all the mashed potato ingredients. I didn’t even bother mixing it up.

I put the lid on the pressure cooker and set it to “Bean/Chili” at normal pressure for 25 minutes. If you’re using a veggie beef like me, you could probably get away with 15-20 minutes. If anything, the potatoes would take the longest to cook and that should still be plenty of time.

Once the cooking was done, I did a quick release of the pressure and opened the lid. At this point, the potatoes should be fully cooked through. I dumped the potatoes from the tin foil directly on top of the “meat” mixture. I smashed it right on top and flattened/spread it across. I opted sprinkled some Parmesan cheese on top.

I also found that the amounts of liquid I originally used made it a little more watery than I’d like, so I set the InstaPot to saute and let some of the extra liquid boil away. This made some of the juice boil up to the top, which I didn’t mind. It gave it a nice rustic/hearty look and brings some of that flavor to the top. Plus, it only took a few minutes and it was literally zero effort. 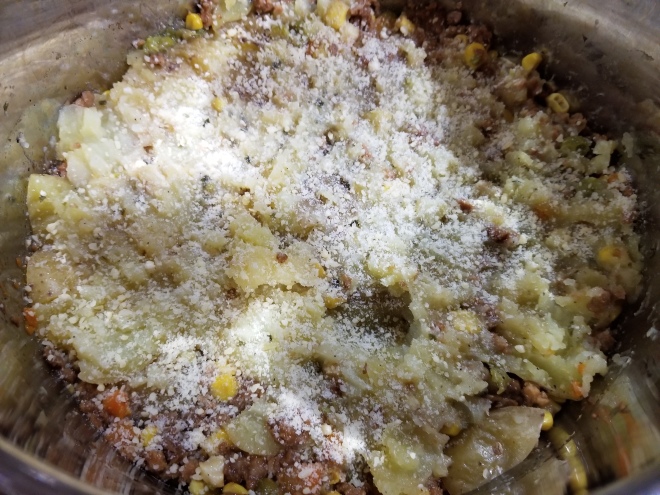 Finally, the cottage pie was served. We had extra avocado we needed to use, so we added that and a dollop of sour cream.

This is the first time I’ve made this dish in this way, so there is surely some room for improvement. At the very least, I hope this gives you some ideas on how to make your dinner prep and cooking more efficient and still delicious!